On 30 September 2022, a meeting of the Criminal Law and Process in the Digital World section was held at the North Caucasus Federal University (NCFU) within the framework of the III International Conference “Personality, Society, State in the Conditions of digitalization”. The meeting was attended by representatives of the judicial community, Prosecutor’s Office of the city of Stavropol, Directorate-General of the Ministry of Internal Affairs of Russia in the North Caucasus, Law Chamber of the Stavropol Territory, Directorate-General of the Ministry of Justice in the Stavropol Territory, Duma of the Stavropol Territory, Stavropol and Nevinnomyssk diocese, as well as representatives of the University community from universities such as the Belarusian State University, Rostov Law Institute of the Ministry of Internal Affairs of Russia, Orenburg State University and others. 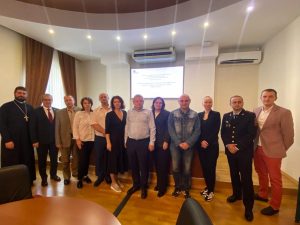 The moderator of the event was a member of the Union of Criminalists and Criminologists , Head of the Chair of Criminal Law and Procedure at the NCFU Law Institute, Candidate of Law, Associate Professor Kirill Dolgopolov.

Professor of the Chair of Criminal Law and Criminology at Rostov Law Institute of the Ministry of Internal Affairs of Russia, Head of the Branch Office of the Union of Criminalists and Criminologists in Rostov-on-Don, Doctor of Law, Associate Professor, Police Colonel Elena Steshich made a report on the topic “Trends in modern crime as a reflection of personality changes”. 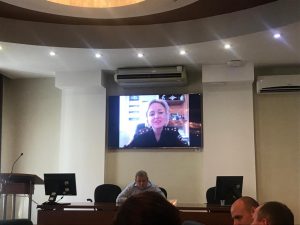 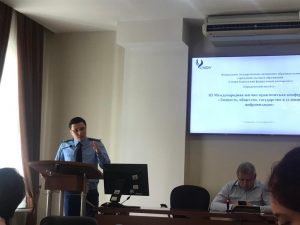 Post Views: 22
This entry was posted in News in English. Bookmark the permalink.